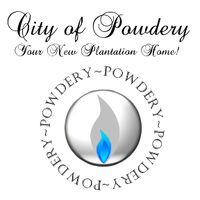 Powdery is the Capitol city of the Inter-Continental Black Confederacy. Its place in the Confederacy’s history is monumental, defending the borders and legislature against nature and enemy. Powdery was founded by Saul Moore Powdery; a son of a military officer named Bruce Wanye Powdery who strongly discouraged him from following in his military profession.

Powdery is a small military city with its industrial sector surrounding the perimeter. Supercorp developers adopted the city after the 33rd Continental Tourney; an event that changed the city physically and in military stature. During the tourney, a General named Gen. Ames Whitman Roudy was commissioned by the Confederate Senate to serve under President Lincoln Broughthem to represent the Confederacy during the tourney. Together along with Vice-President Dillon Brougham Nasael campaigned a massive buildup of troops and armaments to maintain the frontlines during battles. Below is a list of the first seven presidents to serve under the Powdery Administration and its continuance after the 33rd Continental Tourney.

Since it was founded, the city has always been close to its military background. Receiving most of its capabilities from foreign Supercorps, Powdery eventually grew to become a strong military presence. When the Senate inducted it as being its Capitol, all powers from the Senate were transferred to the Capitol Building; the Caine Mansion, named after the namesake.

The Confederacy allowed nobility to co-habitat within its borders; thus the elaborate balls and cotillions that were attended by them. Powdery Noblemen generally were recognized by four classes;

When first knighted, a nobleman must have completed a full semester of study, given a quaint degree of service unto the Confederacy, and have displayed valor on the frontline. A Linesman becomes a lord after they have displayed their leadership skills during tourney events and sessions.

Powdery is a very wealth city, with large mansions lining the streets and passages up unto the Capitol Building. Yet, although its wealthy population is very high in numbers, the gap between classes is very sharp. Poverty is seen around the edge of its perimeter, close to the industrial sites and ports which provide commerce for the region there is a place called by the locals, Stoneusaul Manor. Tenement housing and ‘street people’ can be seen as you move further and further away from the Capitol. Abandoned warehouses and dilapidated buildings are filled with ‘floaters and drifters’ that fell away from the establishment during the tourneys. It is estimated that at least 75% of the residency is well below the poverty level. Yet, while the statistics are staggering, Powdery remains one of the most wealthiest cities in the Confederacy.

Rarely; if at all, do any of the residencies leave their site. Offsite provisioning is left to the noblemen and their families, with a exceptions. Ships leaving the ports carry extra goods for luxury and also a few have space for envoy class shipments. Generally, a trip may last anywhere between a few hours to a year, depending on how far the ship is going. Some ships leaving the ports must be accompanied by security forces constant threat of piracy and other events. The Confederacy oftentimes hold conventions at Powdery, inviting other commonwealths, proxeums and governemental bodies to partake in the rich provisions provided by its legislature.

Retrieved from "https://super.fandom.com/wiki/SuperWikia_Confederates:_Powdery-_(The_Confederate_Home)?oldid=5991"
Community content is available under CC-BY-SA unless otherwise noted.