This page is designated for the SuperWikia Uninet TICS 9000 Administration and its divisory systems of ~liSupercorp entities and conduct providers. Its intent is to establish a reference for members to access information concerning the system and its environmental protection statements for all SuperWikia properties. 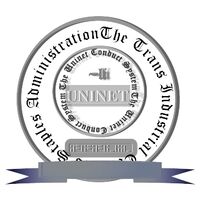 Under the auspiciousness of The Ancilliary (Office of The Ancilliary) The Uninet Conduct System is an Inter-SIS project established to regulate the SIS governance bodies and their passages of new SIS based regulatory measures. Its scope of influence covers all SIS entities, including ArchCities and the Soloshpere environments.

The Uninet Conduct System is a bicameral protectorate. The first body; The Uninet, functions directly as the SIS's primary communications protocol. The second body; the Conduct System, functions as the SIS's centralized transportation and logistics system. Together, they formed the existing SIS Transcom regulatory bodies and all other service delivery systems.

<u>Solveig Transcribes are informational instruments used by Proxeums & Guilds to differentiate information between one proxeum/guild from another. They also help in the buildform of the tourney and other contestation. Transcribes are generally distinguisable markup of documented material by means of coherent application and recognition patterns.... Proxeums and guilds may use transcribes within the Uninet to enhance their organization's seals, endicia, logos and other forms of identification.

The Uninet Solveig Transcribe System consists of a 26 character alphabetical code, generally of the publishing party's surname (Last Name or Business Name); which is used on the seal line item to direct envoy and other logistical delivery. The system also uses the 'Pentelebet' system of encodation in which itineraies are mapped out and completed.

Retrieved from "https://super.fandom.com/wiki/SuperWikia_Uninet_TICS_9000?oldid=7400"
Community content is available under CC-BY-SA unless otherwise noted.