This page is reserved for the SuperWikia 'Erica Anopolis' report card.

Erica Anopolis is a Shorty.

New Era Tweep- NET delegation leader and billionaire heiress Erica Anopolis was a key party in The Arch Era- A rebellious period in which commonwealths battled colonists. She was an opponent of Senator Bana Breemu, drilling her cabinet to force her and her administration to create the new Northbridge of the solarstates. Erica (Codename: Madusa) led the campaign endorsing commonwealth equality with the solarstates and strongly encouraged the Arch Era as being the guiding light for all commonwealth ascendants. This was a battle-plagued period that set new plateaus of political diplomacy and space delegation. Breakpeace.

The Occuldentrios Expanse was a major and pivotal point within the delegations movement. Rumors were spreading that Madusa initiated a counter-strike against Sen. Breemu's solarcade within the Sonjanella Galaxy. Sen. Breemu's envoy was ambushed in the expanse and reports stating she was dead flooded the galaxy.

Madusa's association with the NET delegation movement has been recorded as being very prominent and active. She has led political campaigns and rallies supporting commonwealth issues and has also presented various formal proposals before the SuperWikia Senate.

This page is currently in buildup mode. 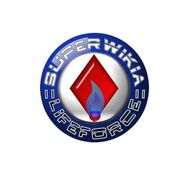 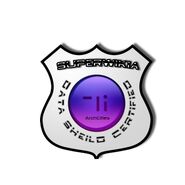 Solosphere Approved.
Add a photo to this gallery
Retrieved from "https://super.fandom.com/wiki/Supermodel:_Erica_Anopolis_(Madusa)?oldid=6379"
Community content is available under CC-BY-SA unless otherwise noted.