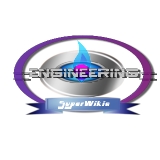 The SuperWikia Engineering Deck is for use by engineer delegates, proxies and other engineering authorities of Supermodels, Entities and allied interests groups of each of their campaigns. This page is designated for all official SuperWikia business and is currently in build-up mode.

Authors: Do not forget to use a 'Dataplate' during tourney tours. 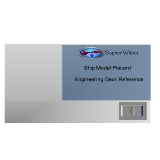 The SuperWikia Spacecraft & Deep Space Station Shipyard is for posting of new and decommissioned ships and vessels of which Supermodels have been associated. Also; if you are new to SuperWikia, you may secure a fleet and crew for your Proxeum or Guild. (Ships & Stations are for SuperWikia tourney use only)

The Shipyard's purpose is to create a platform for which SuperWikia contributors to build a profile of existing works and or blueprints of their (or co-authored) works. Each Republic, Independent and Confederation member listed is considered as a separate entity of the shipyard and whose contributions remain the sole property therein.

Preface- Technical Data is outlayed in seven categories. Each category establishes the guild's or proxium's submission unto the fleetyard.

SuperWikia is not responsible for the upkeep of the vessels and crafts submitted.

Servicing of all data is the responsibility of the agent or representative of the guild or proxeum, respectively:

Each entry follows a standard template for data to be submitted. Omissions should be filled with a non-applicable (n/a) or in progress placeholder.

Retrieved from "https://super.fandom.com/wiki/The_SuperWikia_Engineering_Deck?oldid=7199"
Community content is available under CC-BY-SA unless otherwise noted.